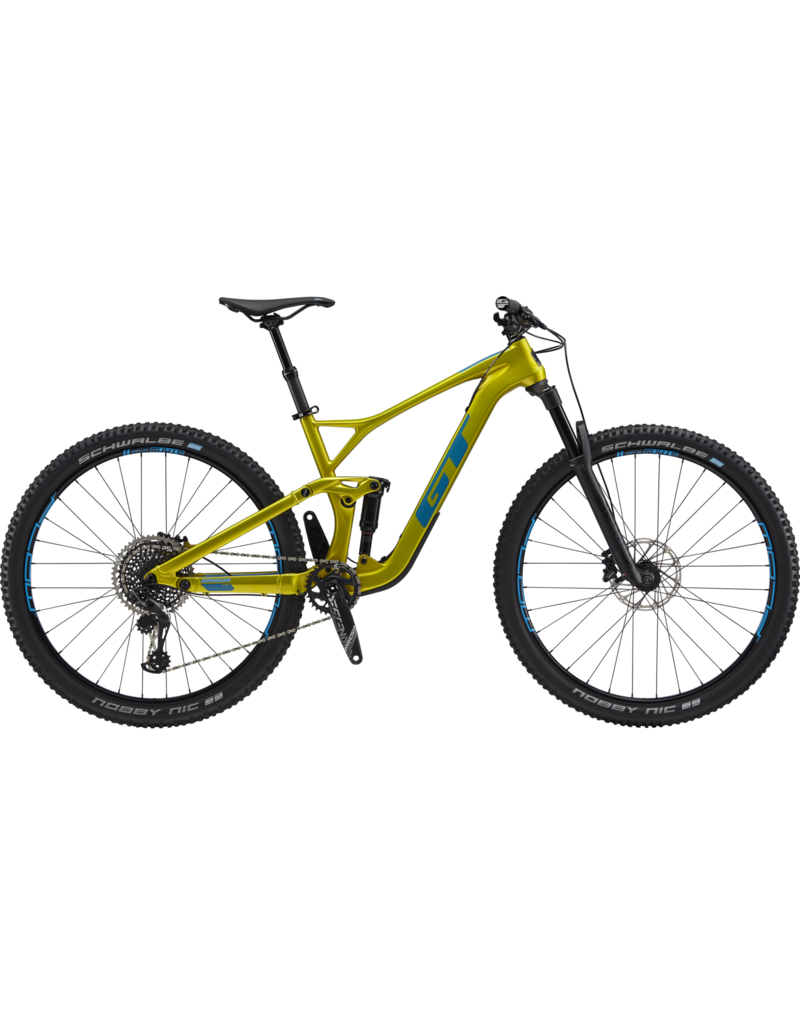 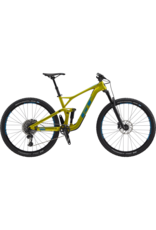 Designed for the aggressive trail rider, and built around a new take on GT’s iconic LTS design, the Sensor is a 130mm, 29er trail bike for the rider that wants to ride fast and focus on the fun of it. The frame features a carbon front triangle with alloy rear triangle and is engineered around a metric trunnion mount shock design, which allows for a longer-stroke shock, improving tunability and performance of the frame’s suspension, which you can manipulate to your liking with GT’s inclusion of a flip chip. The Carbon Pro controls this suspension with a RockShox Deluxe RT3 shock, which mates seamlessly with a trail-mastering 130mm RockShox Pike RCT3 fork to deliver tremendous capability in a built-for-speed 29er platform. You’ll apply that speed liberally via SRAM’s crisp-shifting, wide-range X01/GX Eagle 12-speed drivetrain, harnessed by a pair of grippy Schwalbe Nobby Nic tires on burly Stan’s Flow MK3 rims. SRAM Level TL hydraulic disc brakes have great power and tight modulation to keep it on the fun side of fast, and a KS LEV Ci carbon dropper post ensures you’re wringing every last drop out of the Sensor, both on the way up AND down.

Return policy
Have questions? Chat with an expert now
Add to wishlist / Add to comparison
By using our website, you agree to the use of cookies. These cookies help us understand how customers arrive at and use our site and help us make improvements. Hide this message More on cookies »